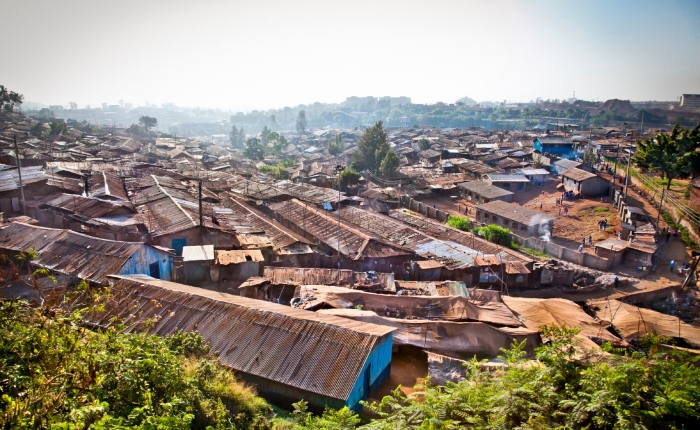 What if guns, drones, and defence budgets were not required in the fight against terrorism? What if militant groups and violent extremists were not the primary targets? What if the battle focused on children and, more specifically, the poverty that robs them of opportunities, a sense of belonging, and hope?

Kennedy Odede, co-founder of Shining Hope for Communities, grew up in Kibera, one of Africa’s largest urban slums. In his recent article in The Guardian, Odede says he’s witnessed what lack of hope can lead to:

I grew up with men and women in Kibera with enough energy, intelligence and entrepreneurial zeal to be a Bill Gates or Steve Jobs. Many of them were overwhelmed by the constant struggle for basic opportunity, like my dear friend Calvin who couldn’t see any way out and I found hanging one day in his small 3m x 3m (10ft x 10ft) room. His dreams never had a chance to become reality. There are millions like him.

Jestoni* quit school at age 14 in order to take part in small-scale mining as a means to help support his family. They had abandoned farming for mining because of frequent flooding in their region of the Philippines. Jestoni’s mother worried about his safety as he dug in mine shafts for gold and carried heavy sacks of rock for eight to 12 hours per day.

According to the International Labour Organization (ILO), more than half (85 million) of the world’s 168 million child labourers perform hazardous work. Jestoni was one of the one million who work in mining.

The United States Department of Labor’s 2014 List of Goods Produced by Child Labor and Forced Labor indicates child labour and forced labour are used to produce 29 products in the mining and quarrying sector. The top products in this sector, based on the number of countries using child labour in the production, include gold (18 countries[1]), coal (seven countries), and diamonds (six countries), but numerous other minerals, gems, and stones are also mined and quarried with the labour of children. END_OF_DOCUMENT_TOKEN_TO_BE_REPLACED

One million of the world’s 168 million child labourers work in mining and quarrying. The table below outlines some of the tasks, hazards, and potential consequences faced by children who work in this sector–the most hazardous sector for children. (Click on table to enlarge.)

For more information on child labour in the mining and quarrying sector, see my post: “Buried childhoods.”

It only took eight words for Barack Obama to break the hearts of millions of Ethiopians. Alemayehu Mariam was one of them.

Alemayehu (“Al”) Mariam is an Ethiopian lawyer and professor who lives in the U.S., and also a commentator on Ethiopian affairs. This week’s commentary was the most passionate one I’ve read yet. In a response nearly 8,000 words long, Al Mariam expressed shock, anger, and a sense of betrayal upon hearing the man he’d once been proud of convey, what the commentator called, “his total contempt for Ethiopians” in a single sentence.

Last week, U.S. President Barack Obama visited Ethiopia to address the African Union. While there, on July 27th, he took part in a press conference with Ethiopia’s Prime Minister Hailemariam Desalegn. When asked by a Fox News journalist about his “obvious concerns about human rights…in Ethiopia,” Obama paused, looked down, and stated that he was “mindful of Ethiopia’s history,” then followed up with his view of Ethiopia’s recent elections: “…the elections put forward a democratically elected government.”

Someone aware of Ethiopia’s history is unlikely to draw such a conclusion. Did Barack Obama mean what he said?
END_OF_DOCUMENT_TOKEN_TO_BE_REPLACED

Earlier this week, news broke that a trophy hunter had killed one of Zimbabwe’s most famous animals, a lion named “Cecil.” As the story goes, the lion was lured out of Hwange National Park, where it was protected, shot with a crossbow and 40 hours later, as it was still dying, killed with a gun, beheaded, and skinned. It is believed the hunter paid approximately $54,000 to kill a creature that would have brought millions of dollars’ worth of tourism to the park and the struggling nation of Zimbabwe.

After being identified in the media on Tuesday, a dentist from Minnesota admitted to killing the lion, but said he believed the hunt was legal at the time. Within a day Dr. Walter J. Palmer had become an internet sensation, for all the wrong reasons. The public was enraged. The level of vitriol was shocking. The dentist received death threats. One of many protestors picketing Palmer’s office screamed into a megaphone, “Murderer! Terrorist!” END_OF_DOCUMENT_TOKEN_TO_BE_REPLACED

Tulane University released a new study on the West African cocoa industry today. While the number of children working in cocoa who attended school increased in Côte d’Ivoire and Ghana from the 2008/2009 season, the percentage of children in hazardous work also increased by 13 percent. Read the press release. 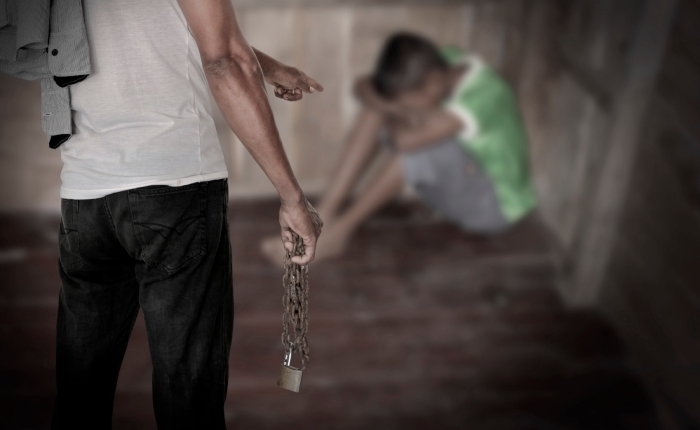 A few days ago, Free the Slaves posted a story from IndiaTimes.com to social media. It was about Air India ground staff being arrested for trafficking Nepalese women to Dubai. The organisation wrote:

One of the worst fears of human rights organisations – that the recent#‎Nepal ‪#‎earthquake would lead to massive ‪#‎humantrafficking from the country – seems to be coming true.

In the comments below the Free the Slaves post, some readers expressed despair because of their desire, as “average people,” to get involved “helping victims or working to eliminate” human trafficking but having little information for how they might make a positive difference. There are ways the public can contribute to assisting people who may fall victim to human trafficking. One way is to contribute to organisations that work towards alleviating the poverty that makes people vulnerable to human trafficking, through building sustainable livelihoods. These organisations also provide humanitarian relief when disasters like the earthquake that struck Nepal on April 25th occur. END_OF_DOCUMENT_TOKEN_TO_BE_REPLACED